A good old fashioned ghost story is what you are in for at Seattle Repertory Theatre’s current production of The Woman in Black. This is a stage adaption of Susan Hill’s original 1983 novel by the same name. The show is the second longest running play on London’s West End and the story has also been adapted to television, radio, and film.

Set in Britain sometime around the earlier part of the 1900s, the story takes the audience through the spooky events surrounding the death and funeral of Mrs. Alice Drablow. Arthur Kipps, a retired solicitor, is sent to the woman’s creepy old house on an island with a causeway (surrounded by marshes) that is covered by the ocean daily when the tide comes in. What happened to Arthur there impacted him so much that he writes a play to get his story out to the public and he hires an actor to help him develop his show and rehearse his play. Arthur and the hired actor play all the roles throughout the play and the ghost story is told as they rehash the events that occurred to Arthur.

The script, costuming and set do a fantastic job of evoking the time period and describing the scene and events that occurred. The house, the marshes, the island, the ocean, the graveyard, the theater, and even the weather all seem like characters in their own right. The acting is solid and the two actors do a brilliant job of playing all the roles in the show and help the audience to be pulled into the creepy and unsettling story as the play progresses. While I wouldn’t call the show full on horror (it’s still family-friendly and there are certainly a lot of comedic moments written into the script), there are plenty of cool visual and sound effects as well as quite a few jump-scares that will have you on the edge of your seat.

The Woman in Black runs now until March 24, 2019 at Seattle Repertory Theatre in Seattle Center. More information and tickets here. 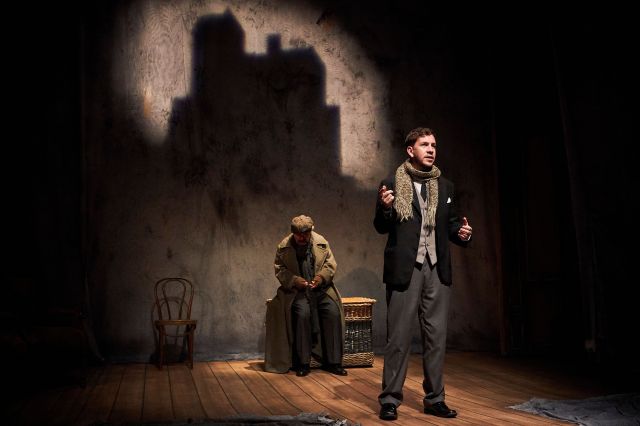