1. I started acting when I was four years old, when my parents put me in a little kid’s theatre class, since it was the preschool they could find that didn’t make kids take naps. I stopped napping at age 2 ½ and my parents knew I would talk to the other kids during nap time. There wasn’t a year that went by between ages 4 and 27 that I wasn’t in a production. I did professional theatre and commercial work (radio, print ads, voice overs) as a kid.

2. I was first runner up to being cast as the Thor-loving little girl in Adventures in Babysitting – the spinoff TV series (which only had a pilot episode, so it made me less sad about not getting the role). I’m pretty sure I didn’t get cast because I wasn’t comfortable using rude words comfortably that the script required.

3. My first musical role was as Bambi’s mother at age 4. I sang “I’ll call him Bambi” as a solo and wore an awesome deer outfit my mom created. It was in the musical version where Bambi’s mother didn’t die. I did however name my first pet Bambi (a hamster or gerbil – I don’t remember which). He died shortly after I had a cold, which I thought he caught and was the reason he died.

4. I had two parakeets for a while. The first one I got I named Baby Moonbeam (my Kindergarten workbook was called Moonbeam). The second one I got a bit later and named Baby Moonlight. I nicknamed them both “Baby.” They were nearly identical. I was usually better at naming things.

5. I really hate onions. I think they take over the flavors of a dish. They are a very bossy vegetable. No onions, please!

6. I used to love garlic but 10+ years ago or so, my palms would reek of garlic for a full day after eating it (so bad I had to sleep with my hands intentionally away from my face. I try to stay away from eating garlic now. It’s a bummer. If I do eat it, I’ll try not to stick my hands on your face. Which is a good rule of thumb, anyhow.

7. I’ve known I don’t want to have kids since I was a teenager. I find it strange, distasteful and rude when people (often those I don’t know well) say with total confidence, “Oh, you’ll change your mind.” Do I say that to people who are expecting a baby, want to have one or have kids? No I don’t. Because it’s rude and that would be horrible to make assumptions that I know what other people will want more than they will. I love kids, just the idea of giving birth sounds alien and terrifying and I know I’m too into my own life to be all-in focused on another’s the way you have to be to be a good parent. I love that other people want to have kids and have kids, of course! It’s just that we’re drawn to different things in life, in this way.

8. I was a certified massage therapist for a few years in my 20s.

9. My favorite colors lately are yellow, aqua and hot pink. Periwinkle used to be my favorite, but more because you can’t say the word without smiling than because of the actual color. I love that my nieces can never choose one color as their favorite, either.

10. I once had a pierced tongue, nose and a shaved head. I shaved my head and pierced my nose to help get over hair and nose issues I used to have.

11. I’m kind of a prude about things, at times. Sometimes this surprises me.

12. I used to create visual timelines of my crushes in my journals when I was in middle school and high school. I was a bit of a late bloomer when it came to dating. A majority of the guys I had crushes on during those years weren’t straight, it turned out. But they were awesome, and adorable and loved to sing!

13. I have a theory of reincarnation that I really like. I’ll share it with you sometime in person, if you want to know. I don’t feel like higher powers or what-not care if we as humans get it RIGHT, but that doesn’t mean people shouldn’t have their own spiritual beliefs as long as it makes them happier and doesn’t hurt others. I believe in the power of thought, words and energy. I believe that love and spirit are deeper and larger than we can comprehend. 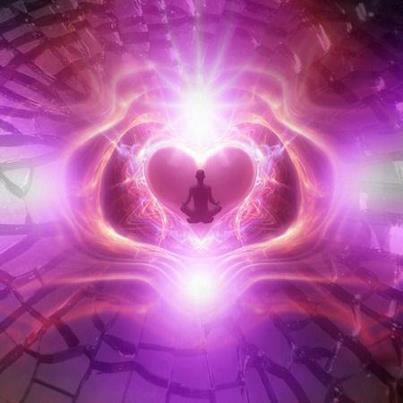 One thought on “13 things you might not know about me”