Ragtime plays The 5th Avenue Theatre now through November 5, 2017 in downtown Seattle. Review by Jeanne Kinley Deller:
Hats off to “Ragtime” choreographer, Kelli Foster Warder, for her unique and strikingly remarkable choreography that so vividly orchestrates this production. Foster’s unusual presentation of actors, amid a minimalist backdrop, serves as a perfect setting for characters’ clever introductions—and so much more.

As fictional personalities intertwine with those of real-life historical figures, the audience is transported back to devastating diversity and prejudice at the turn of the 20th Century, not unlike many obstacles encountered in today’s world.

Ragtime’s New York City melting pot is blessed with a host of fascinating characters you won’t want to miss.  Among them: Coalhouse Walker (Douglas Lyons), as a young musician with a most extraordinary piano and zest for life; Tateh (Joshua Carter), a strong-willed, highly creative Jewish immigrant; and, Mother (Kendra Kassebaum), a forcefully determined matriarch and advocate. A grand diversity of personalities entertain the audience throughout the captivating performance. In addition to the cast, the transitioning piano deserves its own accolades.

Ragtime will be at the 5th Avenue Theatre to challenge your senses and inspire you now through November 5. Tickets here. 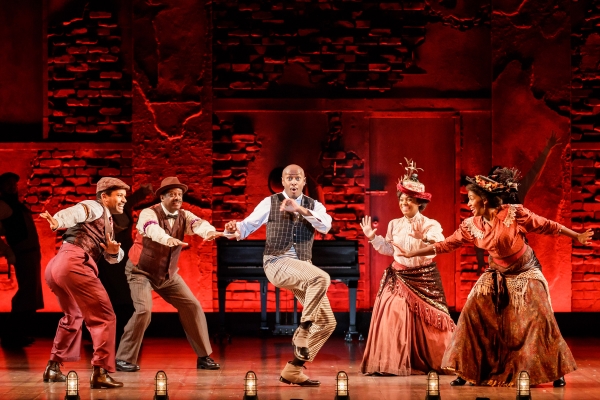