From the perspective of two women’s unlikely friendship, the actors move us seamlessly through time. Impeccable in their profoundly formidable lead roles are Rinabeth Apostol (Laila) and Denmo Ibrahim (Mariam). Their portrayal of undying feminine strength, resilience, and love are spellbinding as they wend their way through a never-ending reign of terror.

Difficult to observe, Haysam Kadri’s astute rendition of the abhorrent antagonist (Rasheed) is chilling to the core. Mesmerizing in her role as Laila’s child (Aziza), Nikita Tewani pulls the heartstrings like none other.

Impeccable attention to detail in casting, sets, sounds, and lighting holds the audience captive while, periodically, adding unshakable shock value. If you’re familiar with Hosseini’s novels, you can well imagine this production has the potential to grab you by the throat and tear your heart out. Trust me – it does exactly that.

You seriously don’t want to miss A Thousand Splendid Suns! Arrange for your tickets now through November 10 at our splendid Seattle Repertory Theatre. 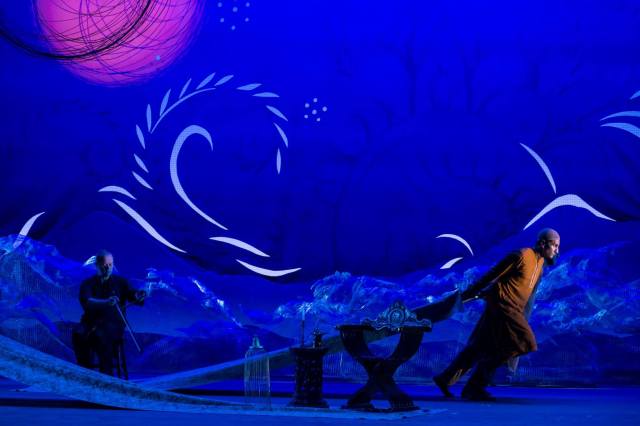