If you were a huge fan of the movie, get yourself to The Paramount in downtown Seattle to see the tour of  “Dirty Dancing!”  I nearly wore out my cassette tape of the soundtrack and still laugh relating to Baby’s awkwardness (“I carried the watermelon”).

I wasn’t sure if I would like this show. Why not just rewatch the movie, I thought. I almost didn’t go. But then I remembered how much (sexy) dancing happens throughout the story line and realized that combined with the fantastic soundtrack, this show actually had a lot of potential. I’m so glad I saw it instead of just rewatching the movie – the live singing and dancing created a perfect blend of nostalgic memories and in-the-moment heat as the story took life on stage. You’ll root for Baby all over again, laugh out loud, and hold your breath during some very steamy scenes. 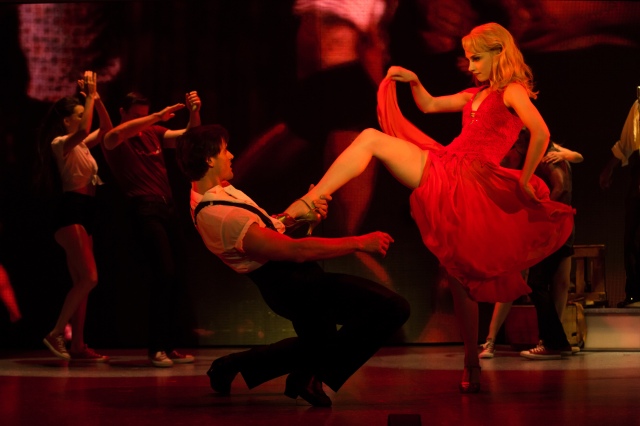 If you were a fan of the movie like I was, you will love this show! The leads were well cast, the choreography is HOT and it does the movie justice. Special shout out to performers Jennlee Shallow and Doug Carpenter who’s velvety voices made me want to see a show written especially for them.

Do your past-self a favor and treat yourself (for a girls night out or date night) to tickets to this show. My inner-middle-schooler felt very loved. More info: http://seattle.broadway.com/

Dirty Dancing on Tour plays The Paramount in downtown Seattle through 2/1/15.